By Summit WorkshopsMarch 5, 2015News
No Comments

Peter Lockley is a sports and portrait photographer who works with editorial and corporate clients to create dynamic and story telling images. Peter began his career at the University of Colorado, majoring in journalism and fine art. After graduating in 2003, he spent five years as the chief sports photographer for the Washington Times, covering four major sports teams and five local colleges. He has since gone on to work with clients like ESPN the Magazine, the Colorado Rockies, Clarkson Creative, and the NCAA. Peter currently lives in Denver, Colorado, with his wife Emily.

Founded by legendary Sports Illustrated photographer and former National Geographic Director of Photography Rich Clarkson, the Summit Series of Workshops has featured some of the best photographers and editors in the country for nearly three decades.

Their team recently launched a series of online classes at www.summitonline.co. The lessons cover lighting, sports, nature, and adventure photography, and feature many of the instructors who teach at their live workshops. I was given the opportunity to watch one of those tutorials, “Inside an Editor’s Mind, with Brad Smith.” 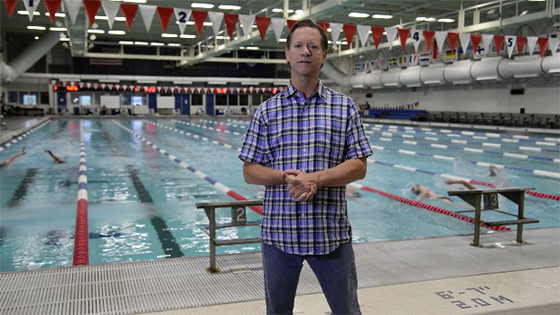 Brad Smith is currently the Director of Photography at Sports Illustrated and has over 20 years of experience under his belt, including past positions at the White House and the New York Times.

His course covers all of the work that goes into covering a big event (in this case, Olympic swimming) from initial prep with the photographers to final edits for the magazine.

For more, visit The Photo Brigade